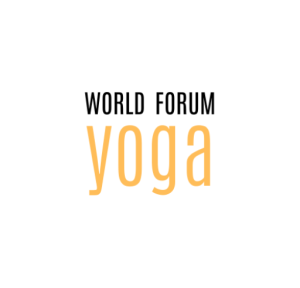 Yoga is one of the 6 philosophical schools of Hinduism. These include Sankhya, Yoga, Nyaya, Vaisheshika, Mimamsa, and Vedanta. The practice of yoga has been thought to date back to pre-Vedic Indian traditions; possibly in the Indus valley civilization around 3000 BCE. This category includes all posts that talk about Yoga.

According to patanjali’s definition in the 2nd sutra, yoga is cessation (nirodha) of the activities (vrittis) of chitta. Vrittis refer to any sequence of thoughts, ideas, mental imaging or cognitive act performed by the mind, intellect, or ego.

It is important to note that the mind & body are one and a part of nature (prakriti), and the soul is separate.

Chitta can be compared to the software and the body to hardware. Both software & hardware are useless without the presence of an observe. Only the soul (purusa) is truly alive.
When the soul is uncoupled from the mind in its pure state cannot be rambled and is changeless (unlike the mind)

The soul does not change. It is a spectator, a witness. It does not transform when in contact with the ever-changing states of mind. It simply becomes aware of them. Think of soul as light. When light passes through a denser medium, it refracts but the light still remains the same.
The Chitta is aware of suffering, birth, death etc. The goal of Yoga is to prevent the chitta (impressions of the world/nature/objects etc.) such that the soul (purusa) can regain its autonomous nature.

To accomplish the goal of Yoga, the means prescribed by patanjali is to still the states of mind, thoughts (vrittis) through meditation (keeping the mind fixed on any particular object of choice without distraction). You may be wondering of how all of this is working.

It works in 3 stages.

Self-realization: Awareness can now only be aware of itself. This is the point of self-realization or the ultimate state of awareness, which is the final goal of Yoga.

Physical health and Mental health are the basic requirements to enjoy life and have peace. A lot of people think of Yoga as a way to lead a physically healthier lifestyle. Yoga does fulfill its promise of helping you keep healthy and fit. There are numerous scientific studies that validate it. However, there’s much more …

It is said that nature or Prakriti has three distinct qualities – Sattva (lucidity), Rajas (action), and Tamas (inertia). They are also referred to as Gunas (or qualities). All the manifest reality comprises is a combination of these 3 Gunas. In the Dvaita or Dualistic system, the universe is a part of 2 distinct categories …

Being Mindful of the Tamas Inside Us Read More »

Yoga can at times feel like a struggle if you are plus-size or overweight. There’s an interesting question that came our way on doing Yoga while being overweight. Has anyone had trouble with their practice being overweight? I have a difficult time keeping up with the Yoga sequence because I can’t change positions swiftly. It …

Yoga when you are Overweight Read More »

A question that has been asked by one of our readers recently has been – How to practice Yoga Successfully? In this post, I’ll make an attempt to answer that. We are all aware of the benefits of Yoga, and meditation. If you are reading this post, it’s highly likely that you would have at …

Regular practice of Yoga has many benefits. Overall it gives you almost a superpower by enabling you to discover who you are and realize your full potential. Mot often our mind is distracted by noises. These noises come from what people around us and society think of us, and our response to it. Focusing on …

The Superpower of Yoga Read More »

There are a multitude of breathing practices and exercises that have been prescribed in many books on Yoga and meditation. Depending on the type of practice and your body, they tend to provide a lot of benefits. However, if you are a beginner, and are looking for a technique that can help you calm your …

You might have seen complex yoga poses on television or on the internet with yoga masters doing elaborate and complicated poses. In this post, I’ll share a few basics of Yoga poses or Yoga asanas based on what is mentioned in the original texts. 1. Yoga Poses are steady and comfortable The Yoga Sutras of …

A reader of the World Yoga Forum asked us this question – “What exactly are you supposed to think when you try meditation?“. This question can exist for a lot of beginners. The mind is difficult to control and when you sit for meditation, it’s possible there are a hundred thousand thoughts that can come …

What Should You Think While Meditating? Read More »